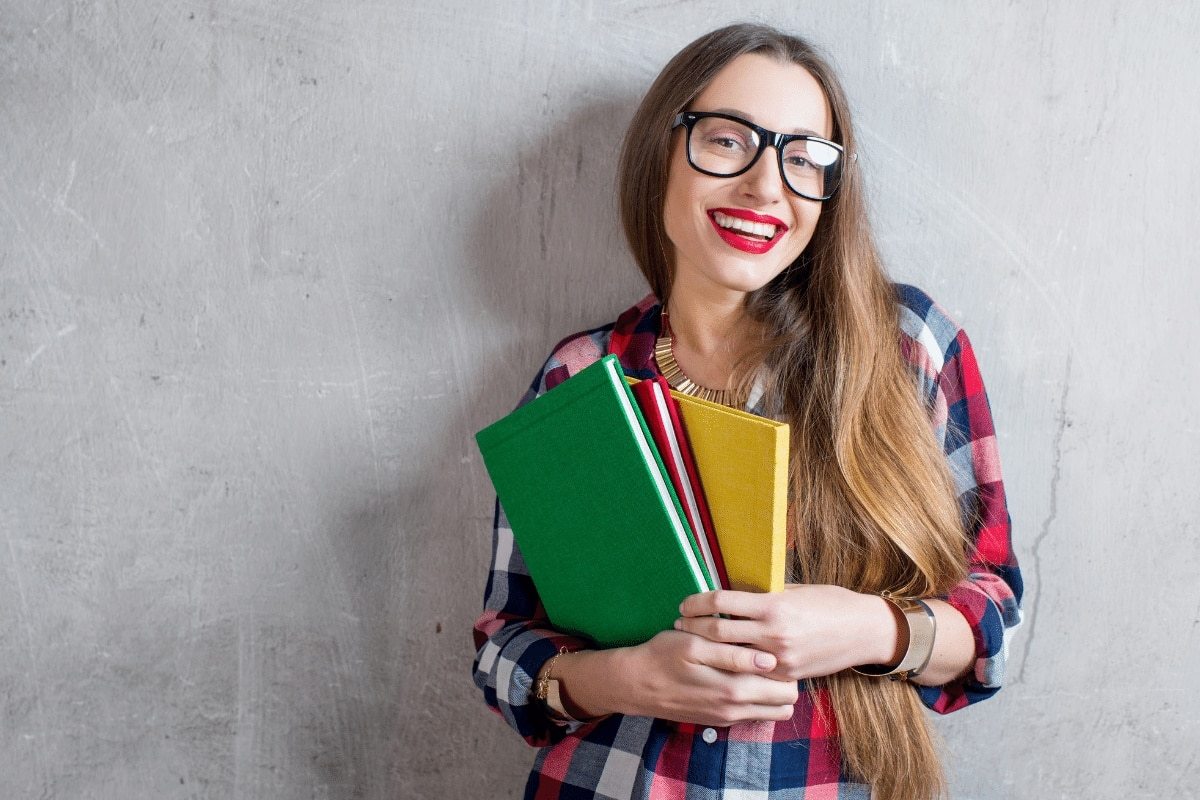 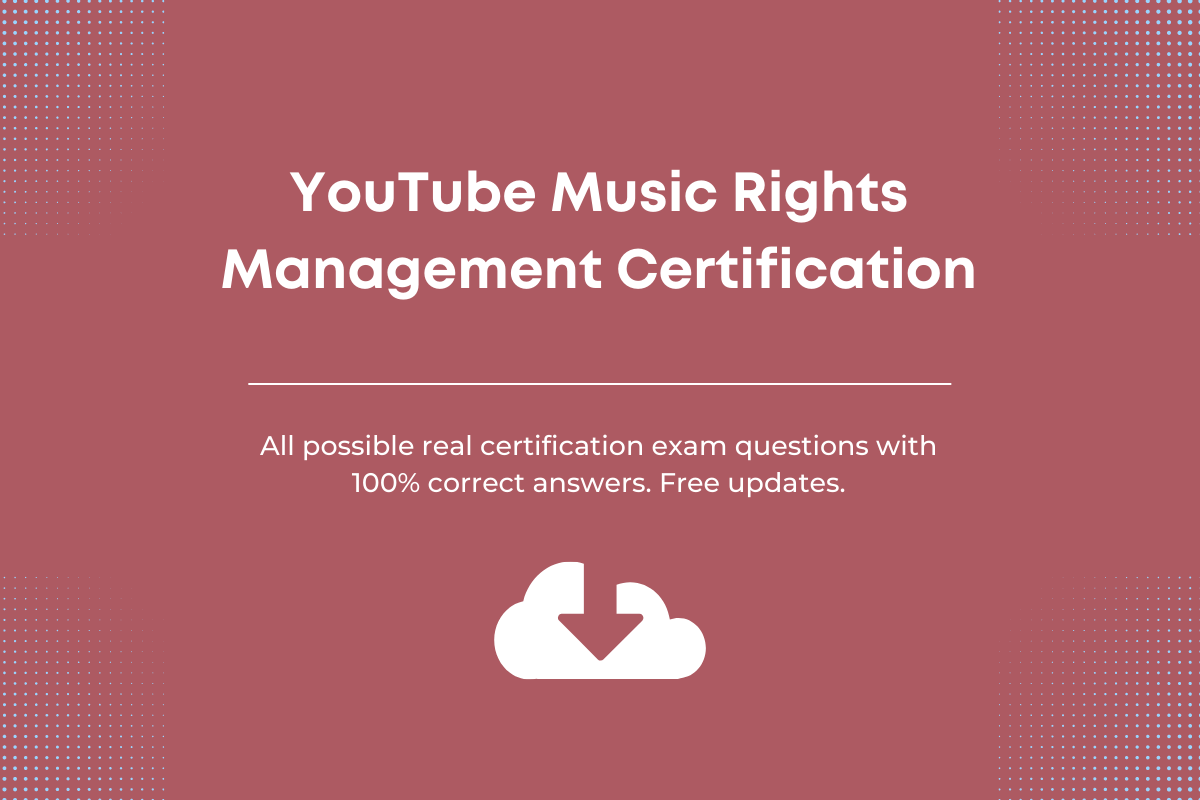 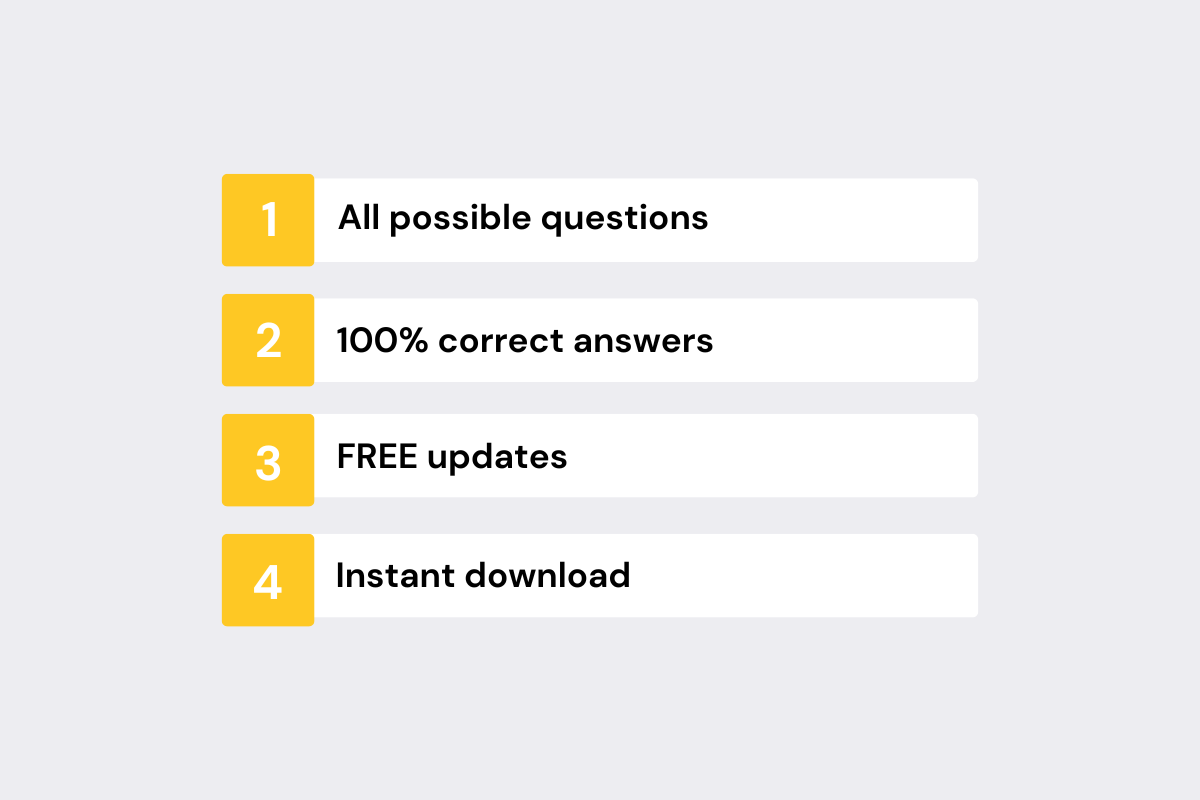 John is feeling inspired, so he writes down some chords and lyrics for a new song. Which type of copyright protects his work?

Lin produces a video of herself singing a song that John wrote, and uploads it to YouTube. Which of the following is true?

Using music from which of the following sources will help you avoid copyright infringement on YouTube?

Lin uploads her cover of John’s song to YouTube, but then Content ID claims it and the video is blocked. What should Lin have done before uploading the video?

Ryan likes a bassline from a popular artist’s song and wants to use it in his own video. He’s unsure of whether he has the rights to use it. What should he do first?

Nicky uploads a video of herself reviewing an artist’s new music video, and includes a clip of the music video. Her video is claimed by Content ID on behalf of the artist’s record label. Which course of action could Nicky take?

Ty works at a record label and manages monetization of their catalog on YouTube. Which of the following can help Ty generate revenue from user covers that utilize the label’s sound recordings?


Elizabeth runs a music publishing company and needs a group of employees to manage the company’s composition assets on YouTube. However, she wants her direct report, Ron, to oversee the employees’ access to the assets. How could Elizabeth best accomplish this in Content Manager CMS?

Which of the following statements is true?

Which of the following is a music asset type?

How could you best describe the relationship between assets and videos on YouTube?

A new colleague is being trained to deliver rights information to YouTube, and she asks you what an asset is. How could you best describe it to her?

Alina works at a publishing company and needs to deliver assets on YouTube for a songwriter’s catalog. What information will she need to include?

Hugot works at a record label and needs to deliver assets for an artist’s new album. What information will he need to include?

Who is responsible for accurately representing the ownership information for an asset on YouTube?

Melanie’s company owns an asset in North America, but she figures she should claim ownership worldwide to maximize ad revenue from the asset. Why is this a bad idea?

Daniel’s boss wants him to figure out why their artist’s album isn’t generating as much revenue on YouTube as previous albums. Daniel discovers numerous asset ownership conflicts that need his attention. Which step would NOT help him resolve these conflicts?

Which statement about delivering references is true?

Label A and Label B delivered references that include some of the same material, even though they own different assets. What kind of situation has just arisen, and how can they solve it?

David needs to deliver references to YouTube for an artist’s new album. His company created one music video for the album, but the other songs don’t have official videos yet. What kind of reference material should he deliver for the album’s assets?

Meg is delivering an artist’s new album to YouTube. When the upload is complete, Content ID claims the videos and applies the policy that Meg’s company set for their content. What’s the term for this type of claim?

Rupi works at a publishing company and manages their songwriters’ Composition Share Assets on YouTube. Artist A has to dispute all claims that Rupi’s company makes against his cover videos, because he obtained a license to cover songs from their catalog. What should Rupi do to prevent these claims in the future?

Label A delivered a batch of references with third-party content and received numerous invalid claims as a result. How quickly should Label A address their invalid claims?

Georgette uploads a video that includes a mashup of several songs, including a hit single by Artist B. Content ID claims Georgette’s video on behalf of Artist B’s record label. Georgette disputes the claim, and the label reinstates it. Georgette still doesn’t believe the claim is valid and responds. How could you best describe this claim scenario?

Which of these pairs accurately describes the relationship between a claimed video and claiming policies?

Bruce is explaining to a new colleague how YouTube applies policies to a video claimed by multiple assets, starting with the most restrictive policy. In which order should Bruce place these policies?

Label D needs to prevent users in Spain from uploading tracks from an artist’s new album – which leaked online – to YouTube. Which of the following might describe the custom policy that Label D creates?

Why should Label Z monitor copyright strikes for all of their artists’ channels?

If Hunter disputes Publisher X’s Content ID claim on his cover video, which option is NOT available to Publisher X in response?

Publisher X decides to issue a copyright takedown in response to Hunter’s cover video. Which of the following is NOT a good option for Hunter?

Shawna has no match policy selected for a territory where she owns Asset A. How would this impact a multiple-claim scenario in which another partner has a worldwide Monetize policy for Asset B?

Content ID claims a video with Asset X and Asset Y, which have two different owners. Asset X has a Monetize policy in France, and Asset Y has a Track policy worldwide. Which policy will be applied to the video in France?

Label W just acquired the rights to a catalog of 10,000 songs. Which of the following asset delivery methods is the least appropriate for their needs?

Label W decides to use the DDEX feed to update their asset metadata. Which of the following is a crucial last step to avoid upload errors?

What do labels need to deliver to YouTube that publishers typically don’t?

Patrick works at a record label and is advising a new colleague on how to deliver an artist’s catalog to YouTube. The colleague asks Patrick whether they should deliver the songs that don’t have music videos. What should Patrick say?

To ensure that Content ID can claim videos on their behalf, Publisher Z needs to link together which two things during delivery?

Label E has developed an internal app that aggregates bulk YouTube data about their artists. From where does Label E likely obtain this data?

Vanessa’s boss asks her to recommend a tool for a new data project. Vanessa suggests BigQuery. What does the project likely entail?

Sage manages song rights for multiple artists. What can he do with Content Manager CMS that he can’t achieve with YouTube Studio Analytics?

If Publisher X and Publisher Z own the same asset in different territories, who is responsible for ensuring that each Publisher earns the correct amount of revenue from the asset?

Renée suspects that some of her company’s assets aren’t earning revenue because another company has asserted ownership in the same territories. Where could she find information that supports or refutes her suspicion?

Which of the following is NOT part of the Content ID matching process?